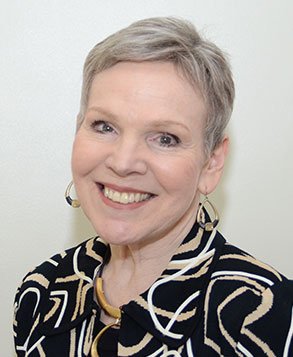 With a background as an accomplished performer and teaching artist, Colleen McBride has held key management positions with arts organizations throughout her career. In her home state of California, she held Assistant Director positions with Los Angeles Area Dance Alliance and the Norris Theatre, and Director of City of Big Bear Lake’s Performing Arts Center. As Executive Director of the Riverside Arts Council, she initiated programs for artists and the community, served as Regional Representative for the California Assembly of Local Arts Agencies and grants panelist for the California Arts Council, City and County of Los Angeles.  During her 2006-2011 tenure as Director of Development for the College of the Desert Foundation, she was appointed to the City’s Cultural Commission, was instrumental in forming and served as President of the Association of Fundraising Professionals, and received regional and national recognition as recipient of AFP’s prestigious “Outstanding Fundraising Professional” award.  After accepting a position as Director of Development for the Kalamazoo Symphony Orchestra, Colleen moved to Michigan in 2011. She has worked independently as a Consultant since 2013 and enjoys serving on several arts boards and committees.