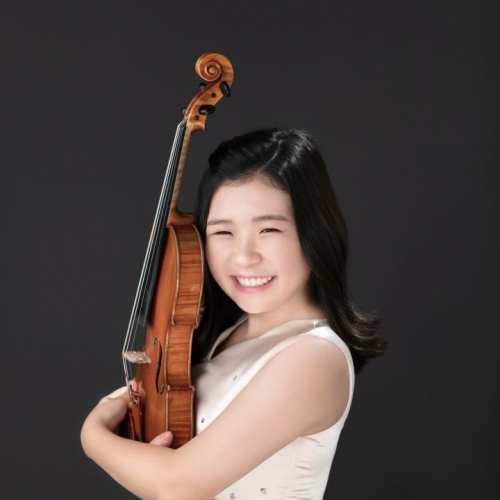 Recognized by “The Strad” as a violinist with “preternatural composure…..the single most memorable performance of the entire competition…..simplicity and wisdom beyond her years.”

Violinist Jinan Laurentia Woo is currently a 9th grader at Columbia Preparatory School and studies with Li Lin and Stella Chen at the Pre-College division of the Juilliard School. Previously, she was an Honors Merit Scholarship fellow at the Colburn School, where she studied with Robert Lipsett and Fabiola Kim. Laurentia was admitted to the junior division of the Hong Kong Academy for Performing Arts at four years old, under the guidance of Michael Ma and Hong-Ying Ho.

Laurentia made her solo concert debut at ten years old at a prodigy series concert sponsored by the Kumho Asiana Cultural Foundation. Aged twelve, she made her orchestral debut with the Salzburg Chamber Soloists with Mozart’s 3rd Violin Concerto in Zhuhai, China, and was invited to perform with numerous orchestras in Asia, Europe, and North America such as Pannon Philharmonic, Incheon Philharmonic, among others.

Laurentia has taken part in various music festivals, including the Innsbrook Institute, Center Stage Strings, and the Aspen Music Festival and School. In 2021, she was accepted into the Perlman Music Summer Program as the youngest student and currently studies with Itzhak Perlman, Li Lin, and Catherine Cho as a scholarship recipient. She has been invited to perform with acclaimed violinists such as Hilary Hahn, Gil Shaham, Kyoko Takezawa, and Cho-Liang Lin at the La Jolla Music Festival in San Diego and has received masterclasses from renowned musicians Augustin Hadelich, Mihaela Martin, Koichiro Harada, Ladu Blidar, Yura Lee, Stefan Jackiw, Tian Wa Yang, and Jean-Yves Thibaudet.

In 2019, she won 1st Prize at the prestigious Zhuhai International Mozart Competition for Young Musicians and in March 2022 was awarded the 1st Prize and Best Performance of the Commissioned Work Prize from the Johansen International Competition as the youngest winner in its history. 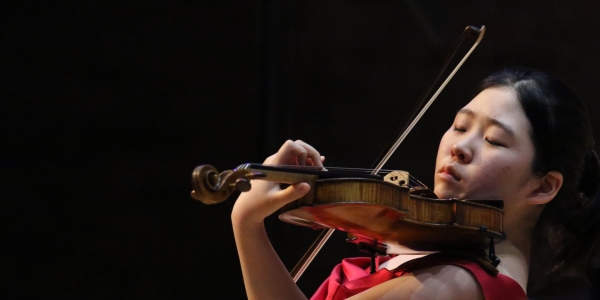