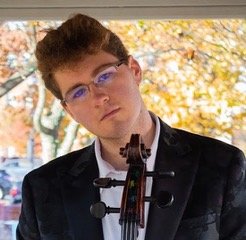 Romain-Olivier, 18, is a homeschooled French-Canadian American. At the age of 6, he chose the cello which is his continuing passion. His first teacher was Katherine Colburn, and in 2015, he began his studies with David Hardy, principal cellist of the NSO. He also loves being a part of the NSO Youth Fellowship Program at the Kennedy Center.

Romain-Olivier has been a first prize winner in numerous competitions, including the one leading to his Carnegie Hall recital debut in 2019. He has appeared as a soloist with the Eclipse Chamber Orchestra in Washington D.C. this past February, the Violons du Roy at the Domaine Forget in Canada in 2021, the US Army Orchestra in 2020, the Richmond Symphony Orchestra in 2019, the NSO Summer Music Institute Orchestra in 2018, the Piedmont Symphony Orchestra and the Tidewater Intergenerational Orchestra in 2016 as well as with the Old Bridge Chamber Orchestra as a member of Trio Giusto in 2018. In June 2022, he will solo with the Orchestre de l’Agora at Place des Arts in Montréal, Canada. An annual event close to Romain-Olivier’s heart for the past six years has been playing Kol Nidre during Yom Kippur services at the Woodbridge Synagogue. Romain-Olivier also swam competitively for several years and holds many team records. 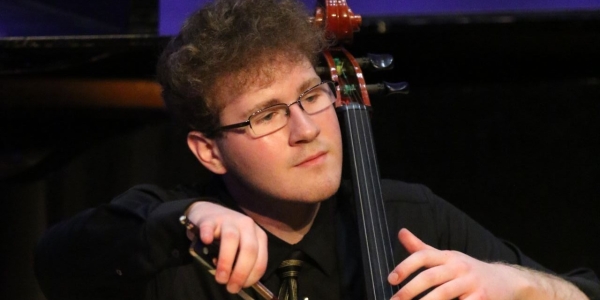