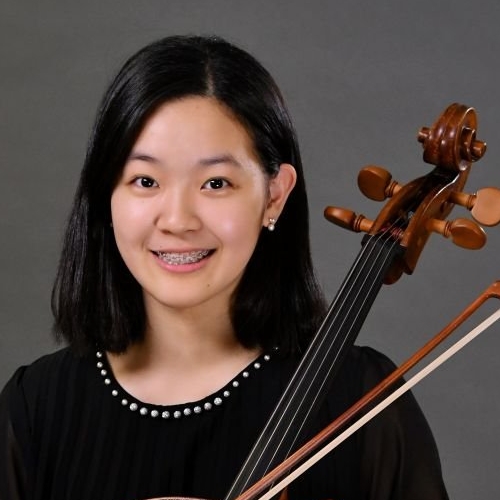 She has participated in master classes with cellist Jeffrey Zeigler, Zlatomir Fung, and Fred Sherry. In the summer of 2019, Yireh was awarded a scholarship to the HeifetzPEG program of the Heifetz International Music
Institute in Staunton, Virginia.

This summer, she will be participating in the Morningside Music Bridge
summer festival, a full-scholarship program at the New England Conservatory of Music in Boston, Massachusetts.

Yireh also won many awards with the Sorella Piano Trio consisting of her sister and best friend. They made it to the Quarter-Finalist Round of the Fischoff National Chamber Music Competition and was selected to appear on NPR’s From The Top in 2020 with host Peter Dugan. She was also recently
selected as a finalist for From The Top for solo performance.

When she isn’t practicing, Yireh enjoys spending time with her sister, listening to music, and eating Korean food.